The Next Doctor: Laurence Fox?

From time to time, I must indulge in full-fledged geekery: the suave (ouch! ran into the door), elegant (oops! sorry, didn't see you there) woman you see before you has a very strong Inner Nerd - as my sonic screwdriver key chain attests. I've written a tiny bit a long while back about the vintage Dr. Who, and since then our household has delved deep into the new Dr. Who world. The series has enjoyed Quite The Comeback. Though my favorite
episodes of the new run will always be the David Tennant Doctor, engineered by brilliant Russell T. Davies, I finally made some peace with Matt Smith's incarnation; his acting went a long ways in redeeming the uneven writing by Stephen Moffat.

But now - now, as the 50th anniversary special approaches and fans are promised the tantalizing prospect of John Hurt guesting as a formerly-unknown-to-the-audience regeneration of our favorite Time Lord, we know that Matt Smith is bowing out of this role and that the new doctor will be introduced in the Christmas special, much like David Tennant was after Christopher Eccleston's departure.

However, I'm not just a fan of British sci-fi - I also love Masterpiece: Mystery! on PBS, and in particular I enjoy Inspector Lewis, with mouthwatering shots of Oxford and beautifully rendered storylines that weave otherwise mundane crimesolving with questions of art, beauty, science, truth, and faith. BUT WAIT! I was startled to discover the abrupt conclusion to Inspector Lewis, characters' lives resolved or transitioned to new vistas. There was some strange, vague statement about the actor who plays DS James Hathaway going off to America to study. I thought that odd...odd, as in, "it's quiet...too quiet."

And any young-ish British actor with dramatic acting chops automatically enters the mix when you begin to consider Possible New Doctors.

So I looked up Laurence Fox on IMDB (where else?) and received THE SHOCK OF MY LIFE, because I don't live in the UK and therefore I'm not up on their local actor gossip.

But does the bride look...familiar?

David Tennant was at their wedding.

And the David Tennant recruitment happened under the Russell T. Davies era, when Davies had recently worked on another project with Tennant. In other words, the role was kept, to a certain degree, "in the family." 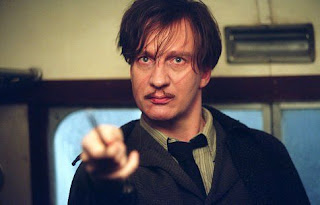 So maybe I'm wrong (though there's a great comedic line after one regeneration - "oh, still not ginger!" that could be resolved with a Fox Doctor), maybe they'll want to go for someone a bit older, a bit more battle-scarred and less "dashing young hero": my brother suggested someone like David Thewlis, who brought Professor R.J. Lupin to life in the Harry Potter movies. And that'd be fine by me. Maybe I'm waaaay off.


And it's fun to speculate, and what's a fan to do during the off-season, but relish the opportunity to speculate, a "sci-fi fantasy football" of sorts?

But a great young dramatic actor mysteriously becomes tidily available, leaving a role he'd been killing with some threadbare excuse of going to school in America? (He's already a father of two, what's he doing, getting a PhD?)

So this is my bet, my gamble, my wager: I'm putting it out there.

My money is on Laurence Fox to be The Next Doctor. And if I'm right, we're in for a treat, even if I do have to endure some of Moffat's more eyeroll-inducing plots.

So? Who would you cast?

Next doctor has been Mister Lawrence for the completion of the medical treatment of the patient. All the factors of the medication have been difficult and coward for the doctors with little and no knowledge of the disease.