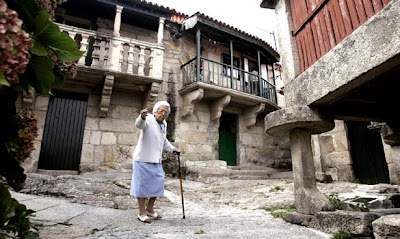 Where Have You Been?

Why thank you for asking, Kind Reader.
I've been in an existential fog.
Well, there, and North Carolina.
Okay: I admit, I was only in North Carolina for a long weekend, but the ocean sweeps into your soul, turns off your brain, and makes you think of brilliant blue and tawny sand for a week. The ocean, and the sand in your suitcase.
I was in a wedding, a blissful ceremony of matrimonial joy by the ocean as the sun was setting. Idyllic. Sob-inducing. Beautiful. Sparkling. Sacred. Barefoot.
Thank you, Emily, for encouraging us to go barefoot. Squishing sand between my toes during the ceremony was delightful.
Waves crashing, gulls squawking, pelicans flying in air force-like formation, skimming the water's surface. Weird seaweed washed ashore, rubbery and tubular. Spare jellyfish tentacles, ribbed shells, decades-old tin cans floating up from the ocean's belly in a delayed sea burp.
I get emotional and misty-eyed at the ocean. I feel at home. Perhaps my ancestors in Scotland lived near the sea; perhaps my English Cornwall roots are emerging (lots of "Glasses" in Cornwall back in the day). Ocean wind whipping my hair against my face gives me chills, especially if the sky is overcast and stormy. I first discovered the thrill of grey sky over blue water on the edge of Lake Michigan, surprised to find that I preferred the Great Lake stormy to sunny. When I first met the ocean in my adult memory, it was winter. Steel grey and turbulent, I fell in love. When I flew over the ocean and viewed it from the Scottish shore of the Isle of Skye, I felt I'd come home. My mind saw a woman like me, hundreds of years ago, standing on the shore looking out over the ocean, envisioning what rested beyond. I felt like whispering, "I'm home. I came back. I didn't forget."
Perhaps I breathe in the swirling water and furious clouds deeply because I'm not a meteorologist who analyzes their movements, or a sailor who plumbs their depths for safe passage. I suspect it's more that somewhere, in my cultural memory, is the safe feeling of being at home near the water's edge - not so much in tropical climates of humidity and vacationers, but on the chillier borders of toughened Anglo-Saxon territory.
Where have you been? I've been to the ocean, the same sea European explorers sailed, the same sea that devoured the Titanic, the same sea that bumps up against the cliffs of my ancestors' homeland, so many miles away. The driving ocean always makes me homesick; not for the ripe green fields of central Indiana, or for the sandy, forrested soil of Michigan; but for the land from which my people came: Scotland, and England. I know - it's ironic, with the still deeply held prejudices between many of the two nations, that I should yearn for both quarreling relatives. Truthfully, I feel most at home in Scotland. Maybe it's my red hair.
Where have you been? Have you ever visited another nation, only to find yourself sensing you'd gone home when you arrived there, and were slightly transplanted when you returned to your residence?
I heard a story once of an African-American couple who traced their geneaology to a particular portion of an African nation. They decided to travel there; and lo and behold, things they thought were particular to them - tastes, idiosyncrasies, preferences - that they had thought were individual, turned out to be cultural. Not cultural in their lives in the U.S. - cultural in their particular heritage, from centuries back.
This is different than simply liking a place you've visited. It is deeper, more compelling, less rational.
My mother tells an anecdote of the first time I heard bagpipes - a toddler in a stroller at a parade, hardly the age of child to enjoy the deafening, discordant strain and screech of bagpipes, right? Wrong. I stood up in my stroller, bounced up and down, waved my arms excitedly.
I still feel called to action when I hear bagpipes, sometimes even feeling the corners of my eyes sting in inexplicable emotion. Reverence, respect, and an impulse to arm myself all compete within.
And this started long before Mel Gibson's "Braveheart."
Where have you been? I hope you find your homeland soon, physical or eternal.
5 comments:

"There and Back Again" is the title that Bilbo Baggins gives his memoirs - a familiar staple of "Lord of the Rings" knowledge to any Tolkein fan. The past week, I've been "there and back again" - more Midwest than Middle Earth. It's been a peaceful time. I've written little and thought a lot. Mostly, I've just soaked.

Shrinking bank accounts and unemployment kept travel at bay for the most part during the past year. Finally, we loaded up the car, arranged for a friend to watch the dogs, and headed north. I was finally going home.

When all else fails - and it will - see your family.

When all else fails - and it will - visit the old haunts. The familiar landmarks - a towering courthouse, a red slide at the park, a crumbling old theater - a grassy cemetery, an oddly named road, a fresh deer hoof print - all call out affirmation of who you are, of where you've been.

Losing a job you love is painful. It shakes your identity, depresses your enthusiasm, discourages your plans. If your job is an extension of your vocation, it especially stings. Driving down familiar streets, past houses you were in twenty years ago calms the spirit. It soothes the soul. A family member's laugh sounds new and familiar at the same time. Neighborhood kids have grown up, but the steeple still stands.

Place and people seem inextricably linked to me. Perhaps God called the Hebrew children out of Egypt in part because of this: if you want to start something new, there is a deep connection between people and land. I will always associate a small town in Indiana with my grandparents, and my grandparents with it. They've lived there all their lives. White's M

eat Market still makes the same ham salad it did when it was called McGraw's twenty-five years ago. Rhubarb from Grandma White's garden still holds an alluring tang in her strawberry rhubarb pie. And while the Bible is full of stories of God continually calling his people out, to be separate - change, he says, stop eating the old food and frequenting the old haunts and participating in the old traditions - the reverse is also true: to reinforce an identity, eat heartily of the old food, frequent the old haunts, participate in the old traditions. When the walls of Jerusalem are rebuilt in Nehemiah, we see this hold true. Place and identity go hand in hand.

As I settle in after travel, I'll mull. I'll reflect, and think, and soak. You'll get to see photos of a homemade egg noodle-making session, encompassing three generations. I'll tell you a bit about the hat I wore as guest speaker at a banquet in Michigan. Perhaps I'll throw open the window on a sermon I gave up there. What's harder to put into words is the deep calm welling up after walking mom's dogs on dirt roads, seeing the familiar slant of hunting blinds, hearing hilarious stories of ancestors while sipping tea, and finding the hardware store exactly where I left it.

It's good to know your place.
3 comments: